The predicament-you’re dining out with friends and the bill arrives. Suddenly, silence descends on the table. The dreaded picking up the tab or splitting the check time has arrived. This scenario plays out millions of times every day. The longer you’ve been on the planet the easier this situation has gotten. That’s because people of a certain age often dine out with people they’ve known for years and over time have established a fair and equitable way to take care of the tab.

That being said, traditional etiquette says the person who provides the invitation pays the check. In the 21st century however, people eat out and socialize more often than previous generations and the initiator of the group outing isn’t expected to pick up the tab.

By far, the easiest way to avoid any drama would be to decide ahead of time how the check will be split. Will one person be picking up the entire tab or will each person get their own separate check, or should the bill be split evenly among all diners? Once this has been decided everyone can relax and order their meal and beverage accordingly. Life’s not always that easy and we are talking about money, which can be a very touchy subject!

It can be said that 18 to 24 year-olds are most likely to eat out and drink alcohol outside the home more often than any other age group. Coincidently, this is also the age where dining out can become a financial burden. The job market has been tough for recent graduates and those that do have a job are probably earning entry level wages. How the check is split among your buds can create some big issues.

Here are some ideas to consider the next time you’re dining out with friends:

Split the check evenly.
This works well for groups that share plates or go to a buffet. It’s easy to take the entire tab plus tip and divide it among the number of diners. Unfortunately, problems will arise when it’s assumed that everyone will happily just spilt the bill. Keeping relationships with friends are very important so it’s always a good idea to have that bill splitting conversation completed before the meal.

Ask the server for separate checks.
If your group isn’t too large, this can be the best way to keep everyone happy and it works well for those paying with cash as well as credit cards. Note that it may be more work for the server and may delay the checkout processing time.

Choose one person to pay the bill and reimburse them.
Assuming you know everyone in your party, another option would be to choose one person to pay the entire bill and that person will then collect from everyone else later. This keeps the paying process fast and simple. It sometimes can stretch a friendship though if people don’t pay up in a timely fashion. Sometimes those “gentle reminders” fall on deaf ears.

Take turns paying the check.
If you dine out frequently with friends that enjoy the same types of food or restaurants as you do then taking turns paying the check is a good option. It will make the dining experience a lot more comfortable to tell your friends that “it’s my turn to pick up the tab.” The next time someone else from the group will do the same. Choosing this option alleviates the drama when the bill comes. We’ve all seen the antics that can occur when a group of diners receive the bill. Everyone is jostling to see how much they owe, calculate their portion of the meal, drinks, dessert and tip and then pull out their wallets to get their cash or credit cards. This process can take more time than the actual meal!

Still overwhelmed by the thought of splitting your next dinner check? Good news! Technology is making it easier than ever to socialize with friends while avoiding the dreaded paying the bill drama. Here are two clever apps designed to help you and your friends in both calculating and paying your portion of the tab – Splitter and Billr. 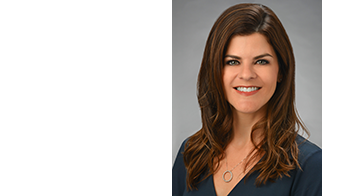 Jennifer has more than 15 years of experience in marketing and program management within the federal government and private industries. She received her Master of Business Administration from Colorado State University in Fort Collins, Colorado, and holds a bachelor’s degree in mass communications and public relations from McNeese State University in Lake Charles, Louisiana.

Financial Disaster Preparedness – Are You Prepared?

What’s the Deal with Digital Wallets?