He’s a city prosecutor. She’s a veterinarian. Buying their first home should be rather affordable.

But achieving that American Dream wasn’t as easy for the professional couple as most people would assume, according to Mark Tom.

Mark said getting a home – especially in high-priced Manoa – was super difficult because of the couple’s high student loans from vet and law school. “Plus I’m a city attorney so that’s not a lot of money,” he said. “And my wife Noelle works for a corporation so we’re both not raking in a lot of money despite what people think.”

“Nowadays it’s so difficult to come back to Hawaii,” said Mark, a Mid-Pacific graduate who went to Santa Clara and then the University of Hawaii where he met Noelle. The couple then moved to San Diego for his law school before returning home for his job at the prosecutor’s office. But they left again for Noelle’s vet school in Illinois. “With so many people incurring student loans, people think they can pay that off right away and get a job and get a house. You don’t… and oh my god, I’m now 35 and still live with my parents.”

The Toms were interested in buying the lot next door to Noelle’s parents, who have lived in their home for 30 years, when that property went up for sale in 2015.

But Mark recalled how difficult the Realtors made it for them, demanding same-day documents and providing other hurdles that made it impossible for them to close on the home. He was directed to work with the banks, unaware of his other options, and wasn’t making any progress. He was about ready to give up.

He finally realized he could shop around for a mortgage loan and ended up working with Hawaii State FCU’s Mortgage Loan Officer John Ball. “John was there for us every step of the way and went leaps and bounds for us,” Mark said, recalling how he came in to the Alii Branch near his office every day just to make sure the loan would go through.

In several months, the house was finally theirs. But it was a 1950s home that was in much-needed repair. Fortunately Noelle’s father was a retired electrician who helped with many of the upgrades from flooring to electricity and replacing the windows. After a year of repairs from his “army of one,” the Toms finally moved out of Noelle’s parents’ home and into theirs. They stay in a lot these days to save money, cleaning up around the house and really just enjoying their home.

Thinking back on his journey toward homeownership, he recalls it was another family – the credit union – who was there for him every step of the way.

“I don’t go to other branches since this (Alii) branch is where I do most of my business,” Mark said. “The staff doesn’t treat me a like a customer. They know me deeper than ‘I just know what your bank account number is.’ They ask me how the house is going. I know one employee works at McDonald’s on the weekends. I feel you understand who I am. When you say it (the credit union) is run by members, we know you value that and us as members.” 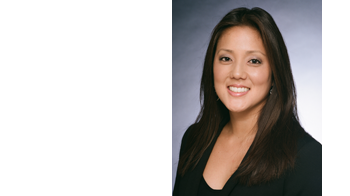 Allison Maertens is the vice president of marketing at Hawaii State FCU, one of the largest credit unions in the state. Allison joined HSFCU in March 2013 and oversees the credit union’s marketing and financial education efforts. Under her leadership, the credit union underwent a rebranding initiative in 2014. Allison leads a team responsible for advertising and public relations, online marketing, and member communications and events. She graduated from the University of Hawaii with two bachelor’s degrees – one in journalism with an emphasis on public relations, and one in ethnic studies. She earned her master’s degree in communication management from the University of Southern California.

Four Things to Consider Before Buying a Home

Please remember to log off of Online Banking and Mobile Banking before going to any external website.